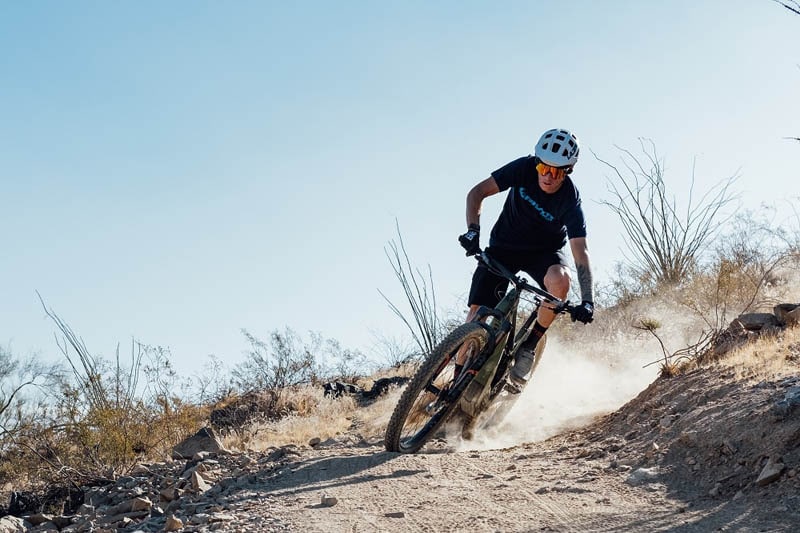 Pivot Shuttle for 2021: The Jolting Is Part of the Service

Within the e-bike segment, it is primarily e-mountain bikes that have driven the general purchasing boom in recent years. Competition in this segment is correspondingly pronounced. Established brands are confronted with manufacturers who come from a niche and claim their slice of the pie. One of these “career changers” is Pivot Cycles from Tempe, Arizona. The US company’s electrified flagship, the “Pivot Shuttle”, has now been given a thorough facelift and aims to take market share from the established players in the 2021 season. 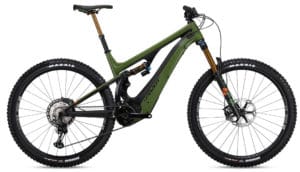 Exclusivity has its price

Pivot is still a fairly young brand. Founded in 2007 by Chris Cocalis, an MTB pioneer recognised throughout the scene, the name has since stood for premium quality from trail to enduro to all mountain. At this level, it is hardly surprising that the price of a Pivot easily soars into the five-digit range – without electric assistance, of course.

With this in mind, Chris Cocalis and his team introduced an e-bike for the first time in 2018 – and it was the only one to date. The first generation of the Shuttle was already aimed at a rather small target group. Pivot targeted former, very ambitious mountain bikers and enduro riders who have now passed the age of 50. Only to this group did Cocalis attribute three decisive characteristics for buying a bike from his halls – a great deal of technical riding ability, the necessary small change and the will to spend more than 10,000 euros on such an E-MTB.

This attitude has not changed with the second generation of the Shuttle. The pleasure starts at 10,990 euros and can be easily increased with a few clicks using the configurator on the website. Here you can experience exponential growth live – fortunately without endangering others.

Admittedly, there is also a lot on the credit side. Frame made entirely of carbon. First-class suspension and damping from Fox. The brand new EP8 motor from Shimano with its 85 Newton metres. Plus, a battery with an enormous 726 watt hours. And don’t forget the wonderful DT Swiss wheels! 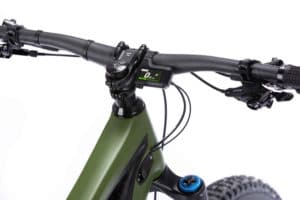 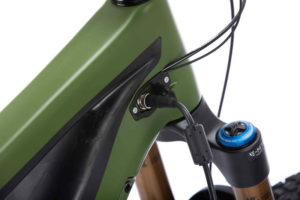 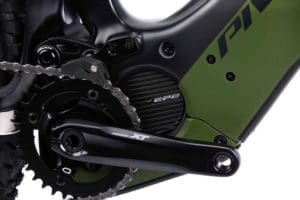 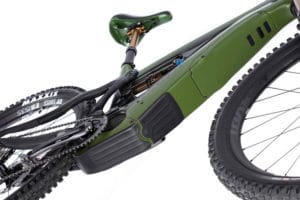 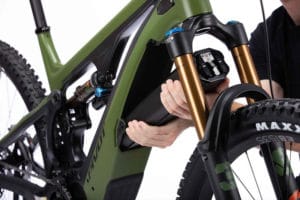 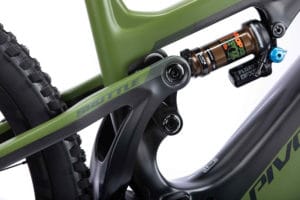 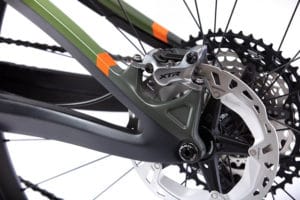 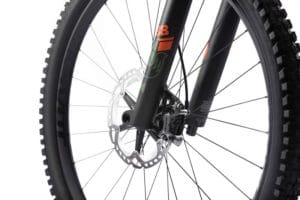 But as with many other bikes, the true strengths of the Shuttle are only partially revealed by looking at its specs. It’s more about the expertise that went into the development and production of this e-bike. With his enormous knowledge of every detail of mountain biking, Chris Cocalis aka Pivot has managed to put a bike on the road, or rather the trail, that is quite capable.

The Shuttle is first and foremost an enduro bike and only secondarily an e-bike. Its geometry underlines this unmistakably. The head tube angle of 64.3 degrees is extremely flat. This ensures a lot of safety as soon as your route points extremely downhill. In addition, there is a rather moderate seat tube angle of 74 degrees. Not as steep as you might expect from a climbing artist in the cross-country sector. But upright enough to never despair on the climb, especially thanks to the motor assistance. The chainstays seem almost a little long at just over 44 centimetres. Nevertheless, the wheelbase of 123.5 centimetres is so short for a frame in size MD that there is no doubt about the agility of this bike. Despite the 29-inch wheels.

The low Q-factor of the motor and the cranks that are only 165 millimetres long do the rest to ensure that the riding experience is as close as possible to that of a bike without electric drive. With a total weight of around 22 kilograms, the Shuttle is at best in the middle of its price class. In addition, it can carry a maximum load of 130 kilograms. 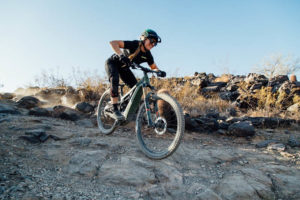 Riding the Shuttle from Pivot, you can easily master such terrain.

Two letters as a seal of quality

When it comes to geometry, the chassis must not be left out. In this respect, Pivot relies on a suspension based on the dw link principle. The letters “dw” stand for Dave Weagle, the inventor of various rear suspensions. The dw link consists of two room levers. The system reacts very sensitively to the pull of the chain, among other things, which ensures reliable traction especially uphill. In general, it is considered to be drive-neutral, which supports you particularly sensitively on the descent.

Since enduro riding is often rough, there are other components that are responsible for the rough stuff in addition to the sensitivity. The linear Fox DPX2 shock offers 140 millimetres of travel. The suspension fork with 38 millimetre fork tubes even has 160 millimetres. So you won’t easily lose your cool.

You can also pedal calmly in the certainty that the battery with 726 watt hours is slumbering in the down tube. That sounds good, and in fact it is. Nevertheless, we have a small “but”. When looking at the position of the battery, it is noticeable that it sits relatively high up in the down tube. For the lowest possible centre of gravity to improve traction and a balanced riding experience, a lower position would be better. On the previous model, the battery was also much lower. This time, however, the position affects the handling a little.

In another detail, the redesign has been far more successful. We are talking about the removal of the battery. Previously, ten screws had to be loosened. Fortunately, only two 5 mm hex head screws remain on the battery cover. These reliably secure the battery compartment. To access the battery, you have to unscrew the cover completely first.

The Pivot Shuttle comes in the four frame sizes SM, MD, LG and XL for bikers with a body length of 1.60 to 2.00 metres. As far as the colour is concerned, you can’t be choosy. Either you like Treeline Green with orange accents – or you’ll spend 11,000 euros in some other way. Difficult decision?

Pivot Shuttle at a glance 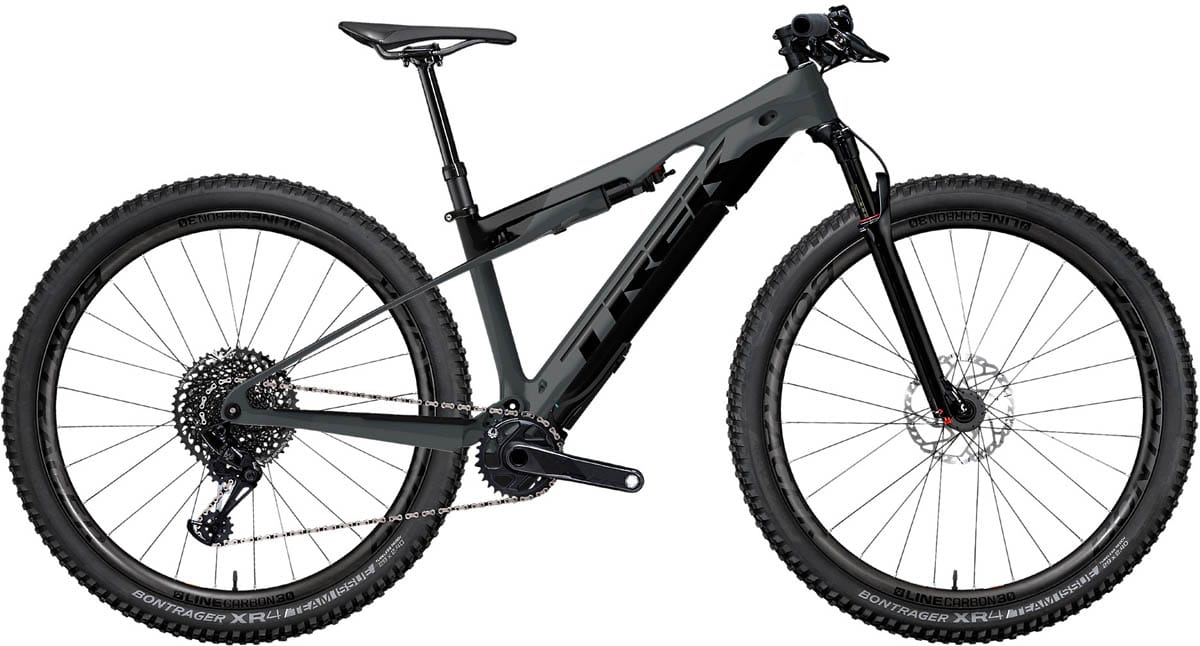 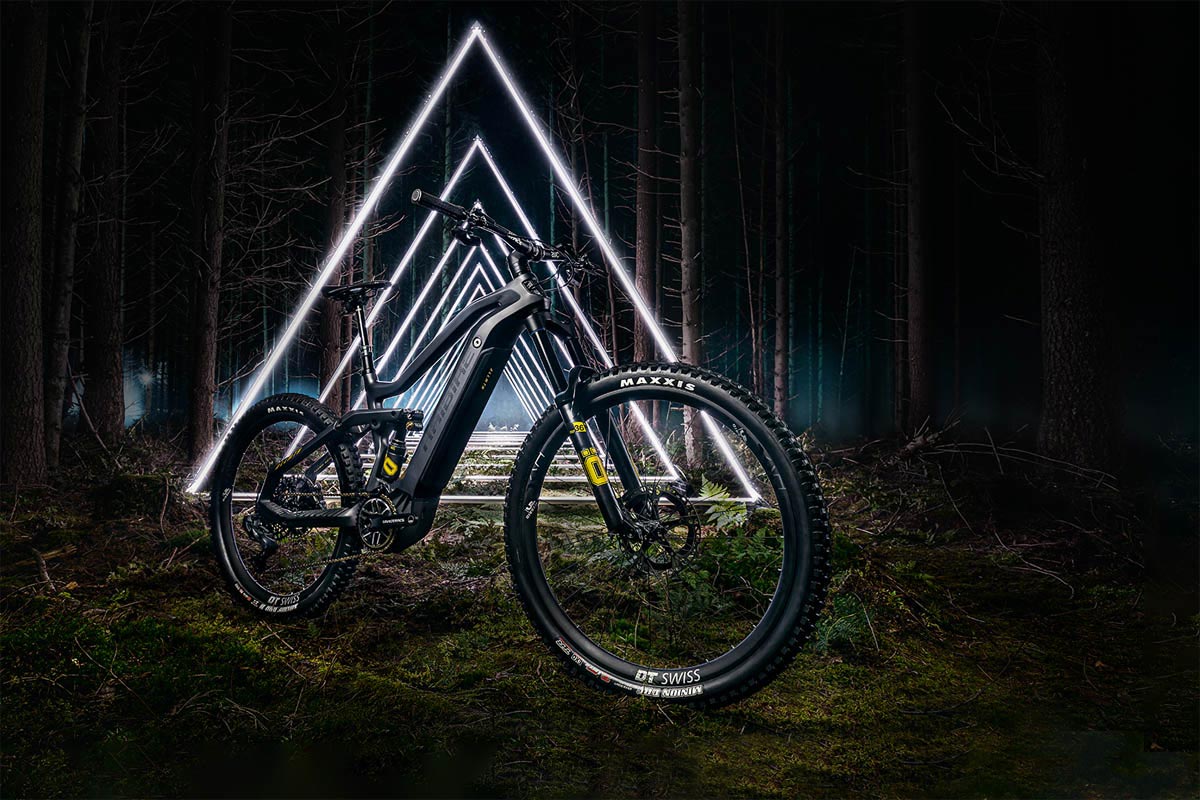 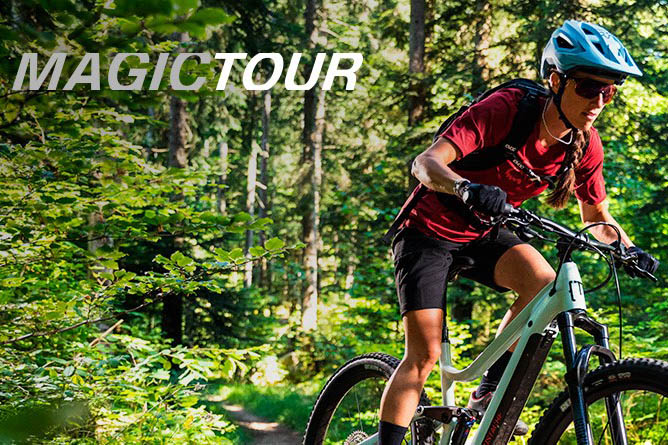