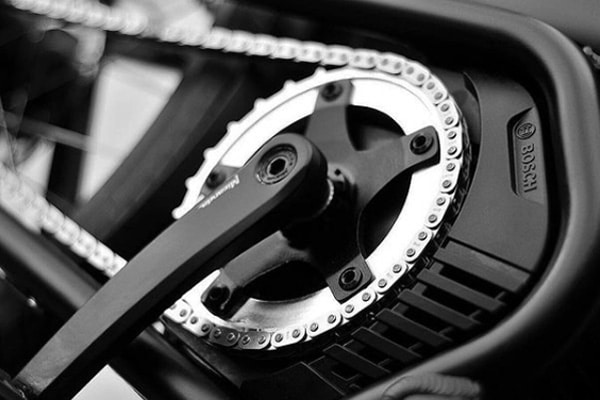 We recently tackled heavy cargo bikes with electric assistance with the introduction of the Heavy-Duty System from Bafang. The drive is the perfect example of the special solutions for cargo bikes that are now on the market, approved for total loads of 300 kilograms and more. In order for a motor like the one from Bafang to reliably fulfil its potential, high-quality components are needed that can handle forces of up to 1,000 watts and more than 100 kilograms of transported goods.

Up to now, such e-cargo bikes have often been equipped with a carbon fibre-reinforced belt from Gates and other manufacturers. In practice, however, these belts sometimes tear, especially on heavy cargo bikes. New Motion Labs in Exeter, UK, has now come up with a product that promises a remedy for such cases. Enduo Cargo is the name of a drive that includes sprockets for the drive gear and the driven gear as well as a chain. It is suitable for ebikes with single-speed or hub gears, a 250-watt motor and a maximum permitted total weight of 300 kilograms. 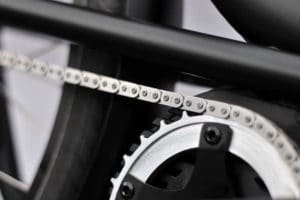 At first glance, Enduo Cargo looks very much like conventional chainrings, sprockets and chains. However, a closer look reveals a number of differences. This is most obvious in the chain wheels. Every second tooth is “missing”, so that the number of teeth is halved. Of course, the teeth are not missing. They have been deliberately left out so that a complete chain link with two rollers fits between each tooth. 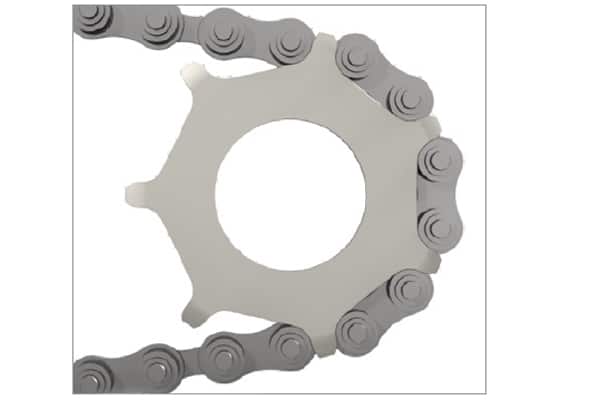 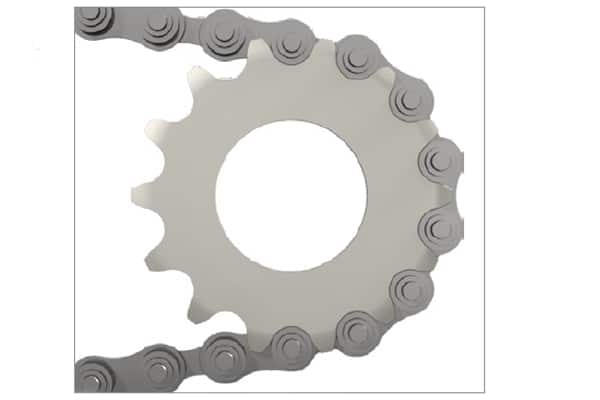 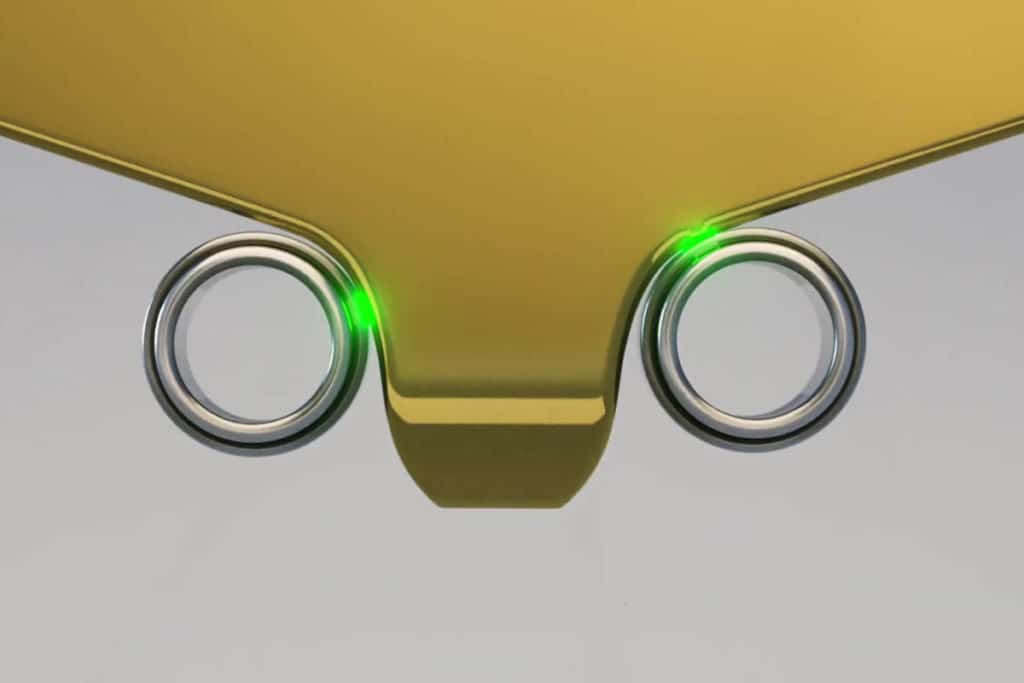 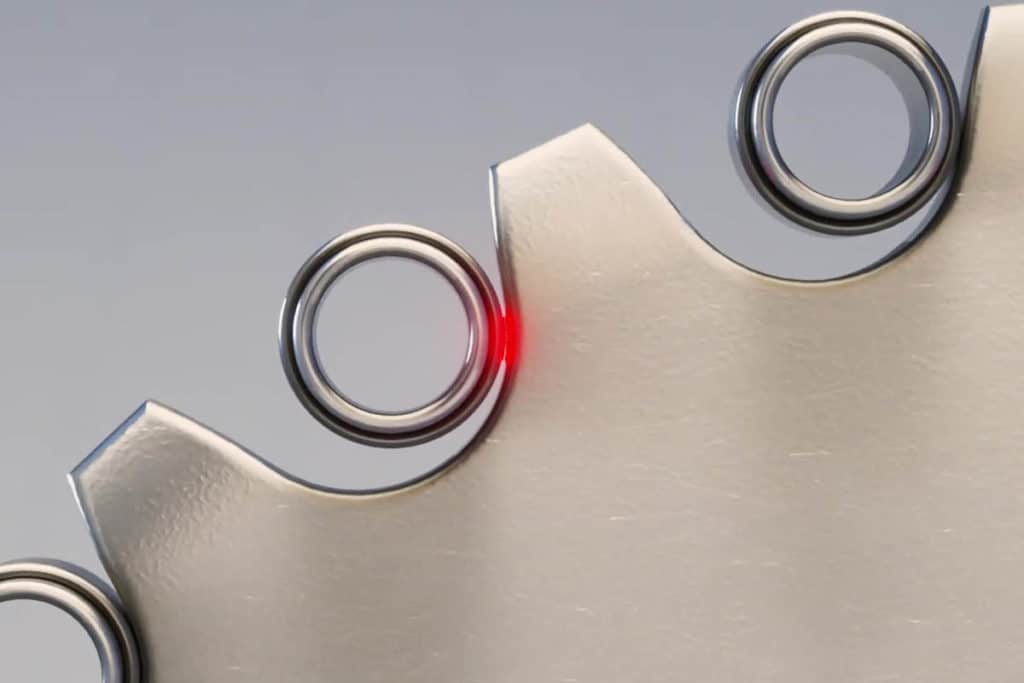 Identical load distribution on each roller of a conventional bicycle chain

Hardly any wear thanks to optimised interaction

If, on the other hand, a conventional chain slides over a conventional chain wheel, each roller bears load and is subjected to the associated stress. In comparison, there is much less friction when alternately load-bearing and supporting the Enduo Cargo. This is accompanied by higher efficiency as well as a significantly longer chain life. Enduo speaks of a remarkable 30 percent.

Additional relief is provided by a geometry of the teeth developed in-house and now patented. It reduces the forces that occur at the contact points within the chain.

A major advantage of the belt over the bicycle chain is the fact that a belt retains its original length over a much longer period of time and basically loses hardly anything of its performance. It has been proven that chains elongate much more in the course of time. Enduo itself cites 0.75 percent as a common value. As a result, their efficiency decreases and all other drive components involved suffer as well.

The chain of the Enduo Cargo is also not immune to such elongation. According to the manufacturer, however, the effect is different. The position of the supporting rollers on the chain wheel changes slightly. Their function and the associated effect of the drive remain the same despite this. If thought through further, this would even increase the advantage of the Enduo solution over conventional chains in the long run.

Statements like these seem credible when you look at the construction of the chains. Compared to a conventional chain, the link plates are 30 percent wider. The surfaces of the joint bearings are a full 60 percent larger. This means that the forces acting on the chain can be distributed over a larger area. On the other hand, the manufacturers have dimensioned the chain links shorter, which leads to shorter sliding distances with smaller articulation angles. 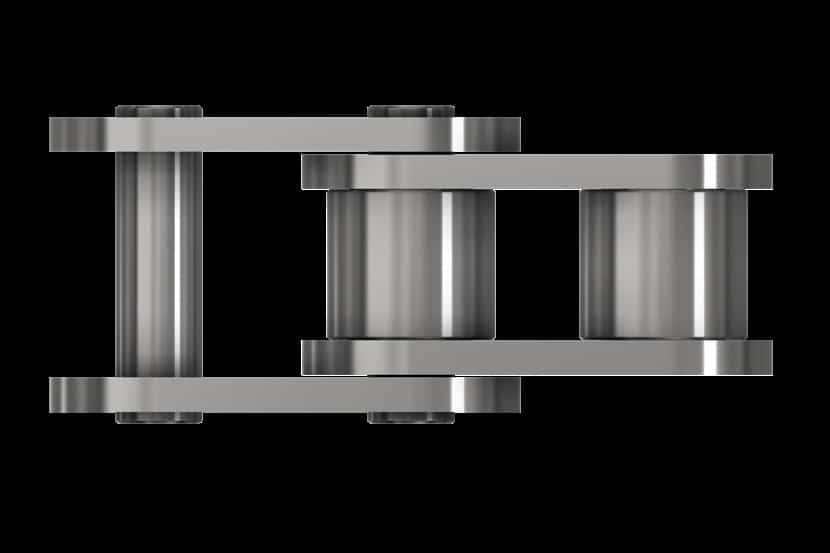 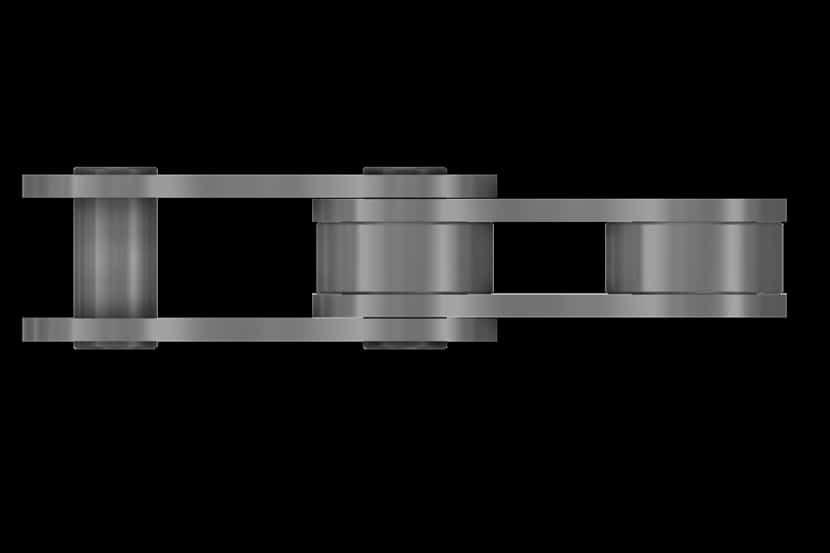 For the chain’s articulations, Enduo has replaced the usual pin joints with bush and roller joints. This detail is also said to have a positive effect on the distribution of forces within the chains. On the outside, a zinc-aluminium coating protects the chains against various weather influences.

A great advantage in everyday use

The bottom line is that the drive is likely to be of particular interest to commercial users. Safe operation even under very high loads, correspondingly fewer breakdowns, time savings thanks to low maintenance efforts – all this probably sounds like music to the ears of logistics companies and craftsmen. Even more so the more than 15,000 kilometres of mileage that the Enduo Cargo promises in continuous operation. The current price of 239 euros for a set could even be tempting for some private applications. 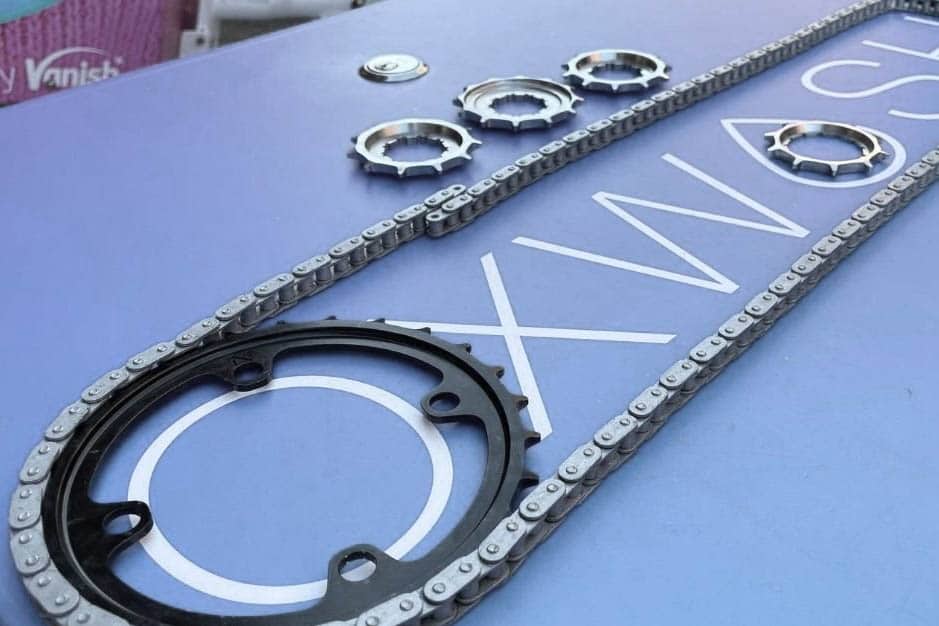 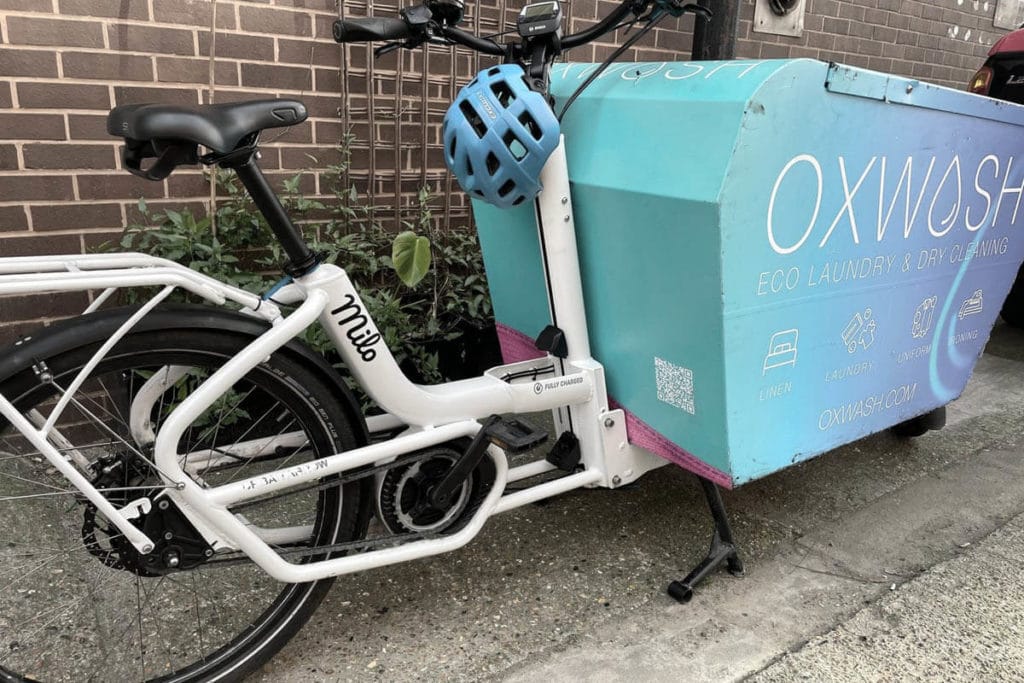 … and then mounted it on an Urban Arrow from its own bicycle fleet. 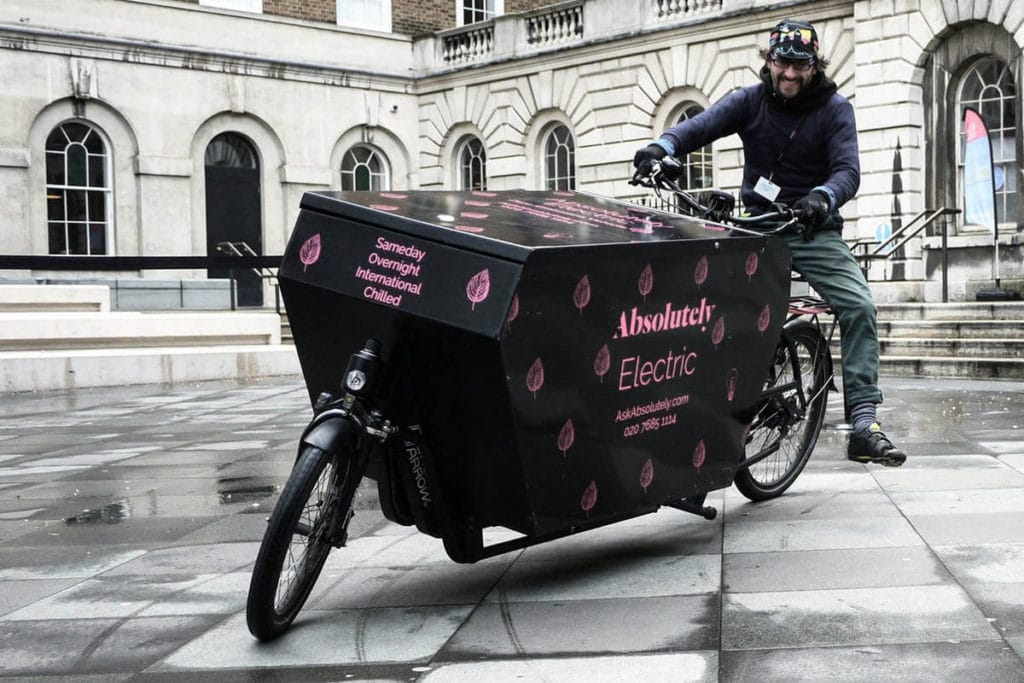 One of the first users is the London logistics company Absolutely Couriers.

Explorer E-Cargo Bike from Lovens: The Name Says It All

A lot can be done in five days. Short holiday. Spring cleaning. Or just cycle from Amsterdam to Berlin on a packed cargo bike. 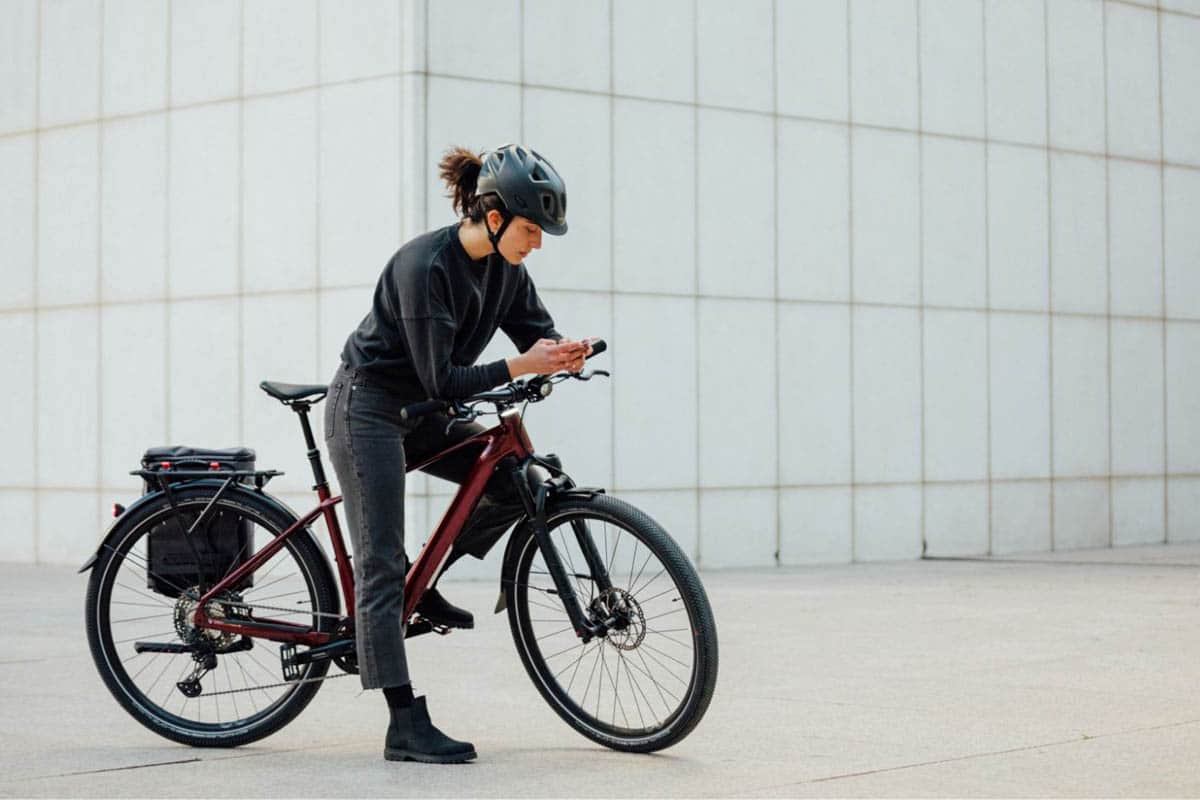 Sporty through Everyday Life with the New Orbea Kemen

A smaller battery, lower weight and high-quality frames are the hallmarks of the Spanish manufacturer’s latest strike. 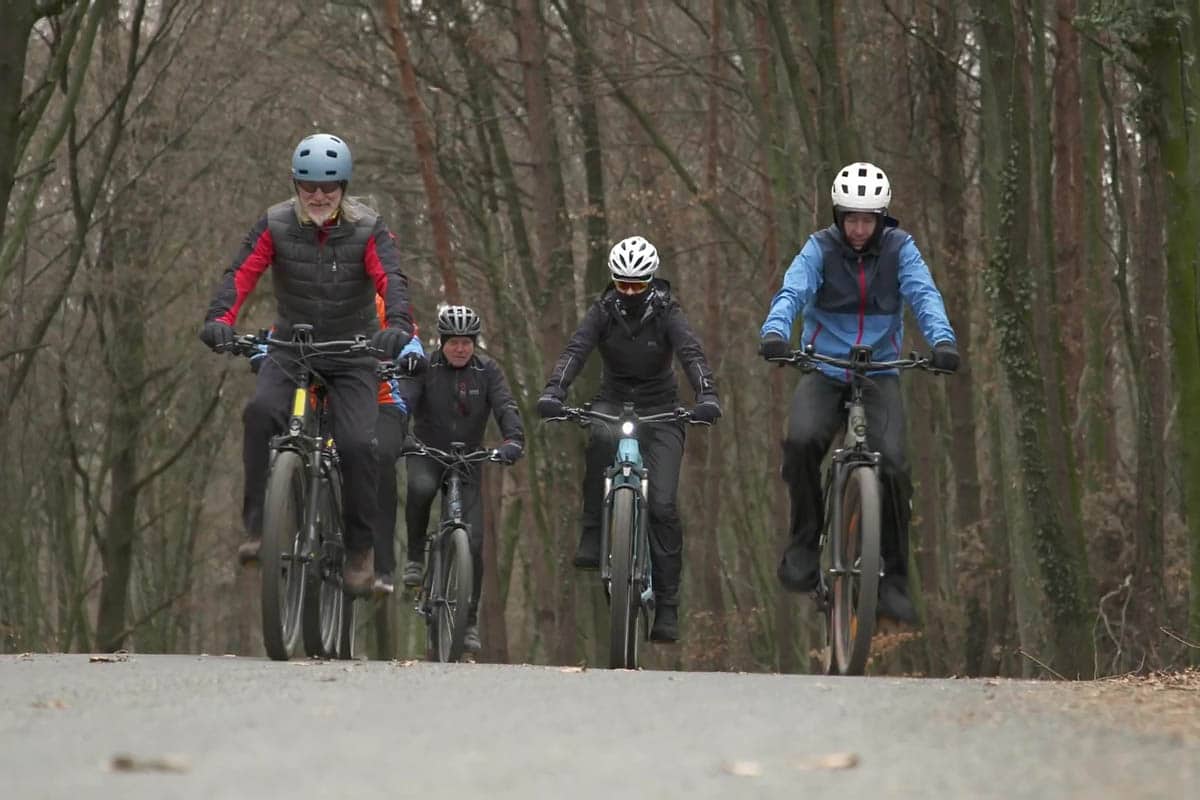 The Austrian manufacturer continues its small but fine winning streak. The riding feeling of the award-winning model convinces.