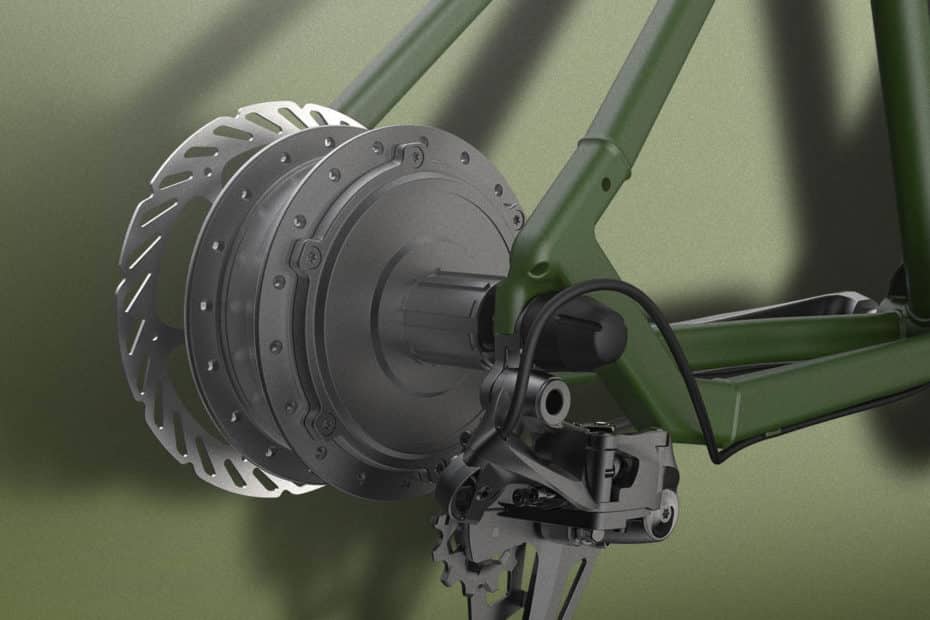 Hyena Expands and Improves its Range of Drives

The manufacturer Hyena from Taiwan continues to make a name for itself. At this year’s Taichung Bicycle Week a few weeks ago, it presented the samples for two new drive systems.

With its first novelty, Hyena is underlining its ambitions to gain a share in market segments where the company has not been represented so far. It wants to go where ebikes are bulky, bursting with power and rolling on tyres that can never be wide enough. This refers to fat-tire ebikes as well as e-cargo bikes. Traditionally, you’ll find the former mainly in North America. However, brands like Super73 have long since made the leap to Europe, while European manufacturers like Urban Drivestyle cater to similar preferences.

Hyena remains true to its line and focuses exclusively on motors that are installed in the rear wheel hub. The motor used for the E-Utility Drive System produces an impressive 750 watts in continuous operation. This goes hand in hand with a maximum torque of 70 Newton metres. Even with the mid-mounted motor, this figure means enormous propulsion. Attached directly to the axle of the rear wheel, it should feel even more aggressive. A torque sensor integrated in the bottom bracket ensures that you are not simply catapulted forward with no control. 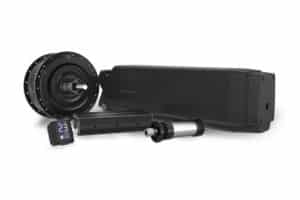 This kind of performance requires a lot of energy. A really lot of energy. The capacity of the removable battery is correspondingly large. However, the range of its 810 watt hours can only be estimated once it is clear in which ebike the system will be used.

Hyena offers two different versions of the E-Utility Drive. One is strictly tied to pedal assistance, while the other allows the power to be unleashed via a throttle. Just right for the market in the USA and Canada.

There is room on the rear hub for cassettes with eight to ten sprockets. Any tyre diameter from 20 inches to 29 inches is allowed.

The tolerance for tyre size is much smaller for Hyena’s second new drivetrain. The revised E-Road Drive is only suitable for diameters between 26 inches and 28 inches. Nevertheless, the resulting range of applications is huge. After all, such tyre sizes are typical for urban ebikes, e-road bikes, e-gravel bikes and e-trekking bikes.

Hyena has already gained a lot of experience in this field. A first version of the E-Road was already released in 2021. Essential technical values will also remain unchanged in the course of the update. For example, the motor generates 250 watts of power in continuous operation, while the torque continues to reach a maximum of 40 Newton metres. The design for standard cassettes with eight to eleven sprockets also remains the same. 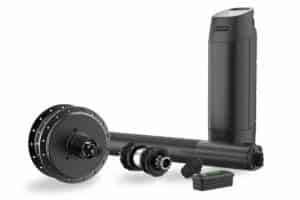 In contrast, something has changed with regard to the batteries. In future, the unit integrated into the frame can be connected to a range extender. Since both have a capacity of 250 watts each, the total capacity increases to 500 watt hours.

The manufacturer has also been working on the control unit, which can be integrated either in the top tube or in the stem. The system is supplemented by a remote control in the form of two small buttons. These can be attached to the drop bar as well as to a flat bar. In this way, you can switch back and forth between the individual support levels more efficiently than before.

With the two novelties in the bag, Hyena’s path should continue to lead upwards. Since the company was founded in 2013, it has always been considered to be more in the entry and middle class. In the past year or two, however, the company has made the step to becoming a supplier for internationally renowned bicycle manufacturers. A few weeks ago, for example, Diamant presented its new sporty flagship among the urban ebikes, the 365. The drive used in it is based on the work of Hyena, even though Diamant, namely Trek, also put its own development work into it. 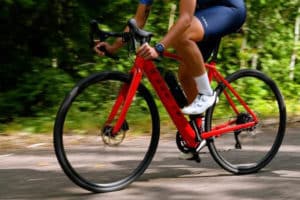 Trek itself was so convinced by the drive, called HyDrive, that the manufacturer equipped the entry-level model of its noble Domane+ e-road bike with it. And brands like Cannondale and Izip have followed suit in a similar way. 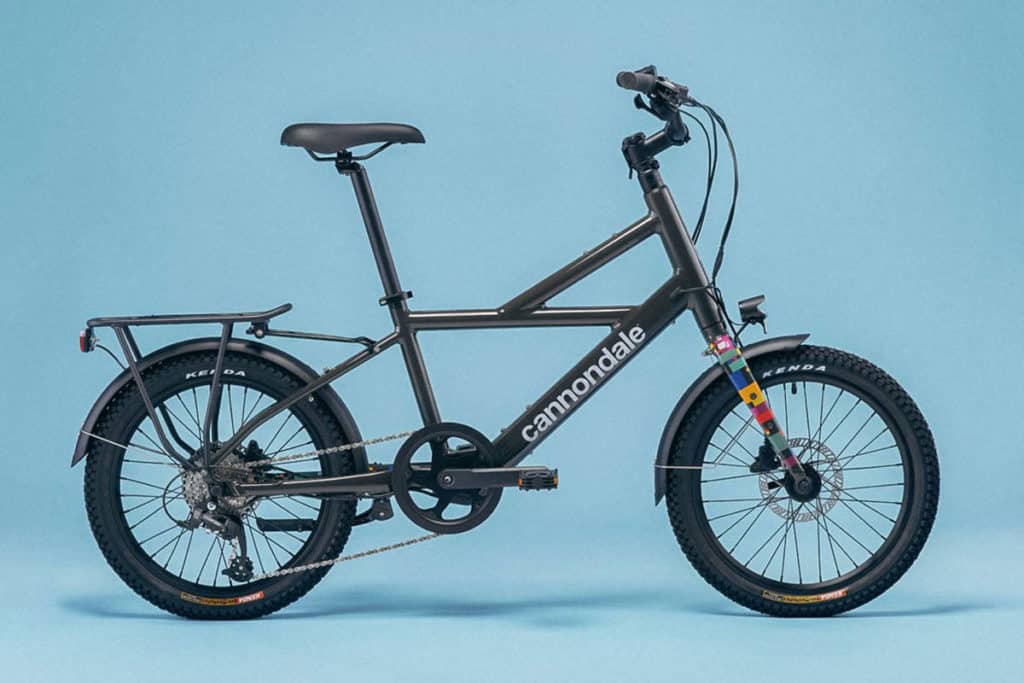 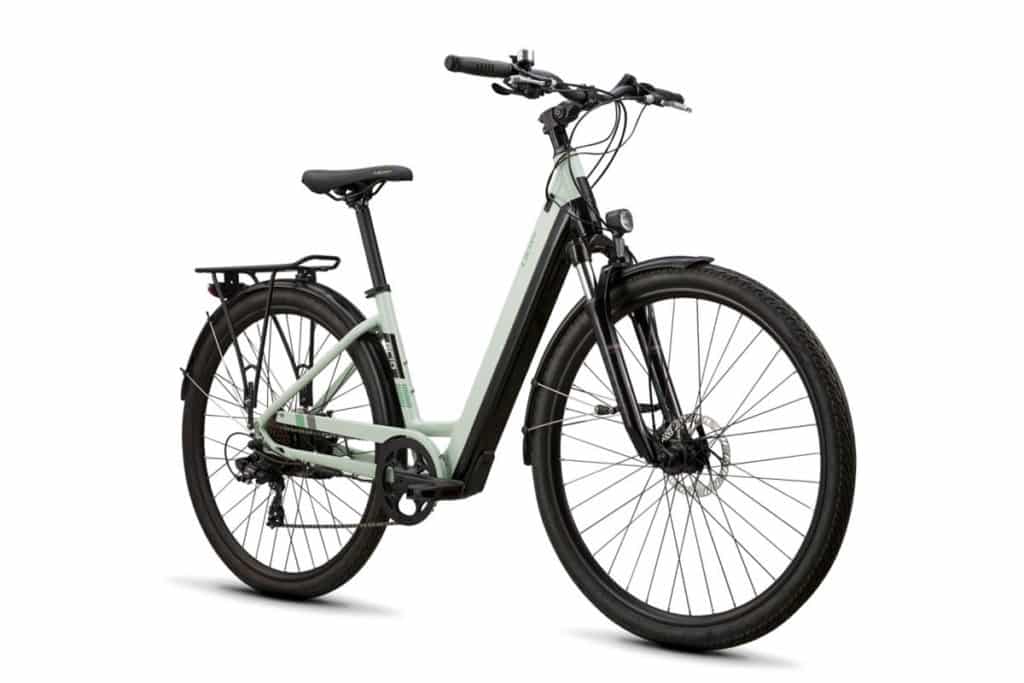 Hyena will present its entire range on a larger scale at the next Taipei Cycle Show in 2023, where it would like to forge even more collaborations, especially with an eye on the 2024/2025 season.