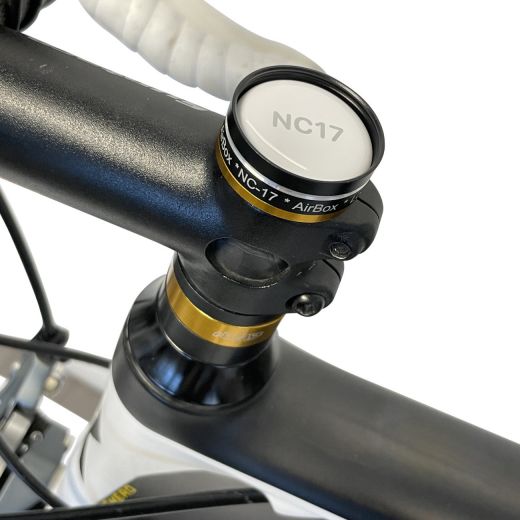 Description Reviews 0
Description
A big step in terms of bicycle safety is taken with the use of a location tracker , which shows... more
Close menu

A big step in terms of bicycle safety is taken with the use of a location tracker, which shows you exactly where your bike is, possibly unintentionally, up to a few meters. Normally, this relies on GPS technology, not so with AirTag from the US giant Apple.

Features of the NC-17 AirBox

The AirTag does not use a GPS signal, but sends out a secure Bluetooth signal. This allows you to either use your own iPhone to search for an item in the immediate vicinity or find your valuables worldwide with the help of millions of other Apple users. As soon as you mark an item like your e-bike as "lost" and it is in the vicinity of an Apple product (logged into the "Where is?" network), you will be shown where. All of this is done encrypted and anonymously, of course, so no data from anyone gets into the wrong hands.

Inconspicuous but secure - the AirBox

With The AirBox from NC-17 you can integrate this gadget shapely and safely in your bike. Protected from moisture and dust, your AirTag is located on the stem instead of a normal A-head cap, without spoiling the overall appearance of the bike. Since you can not get to the AirTag without tools, thieves can not easily remove it. Convince the AirBox can also with its minimum weight of 20g.

Note: This is only the AirBox, an Apple AirTag is not included.