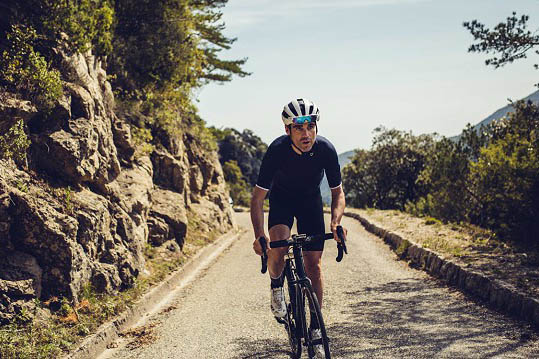 Manufacturers love superlatives. They stick with people. No extraordinary idea is needed for marketing. And besides, the competition is cleverly pushed to the sidelines. Here comes a superlative that may also meet with your approval. Because you have to give the HPS Domestique Ekar its due: The lightest complete e-bike sounds pretty damn promising.

In fact, this bike could open a door that previously seemed closed. Ok, with its total weight of 8.5 kilograms, it has actually already done so. To end up with an absolutely roadworthy e-bike so clearly below the sound barrier of ten kilograms deserves great respect. What is special about this bike, however, is that it is not a highly sophisticated special model whose development and production costs are off the charts. It marks the start of a regular e-road bike model series. Ready for series production and, at 12,000 euros, enormously expensive. Nevertheless. The journey from here to an e-bike suitable for everyday urban use that weighs perhaps twelve or thirteen kilograms when fully equipped seems to have just become much shorter. 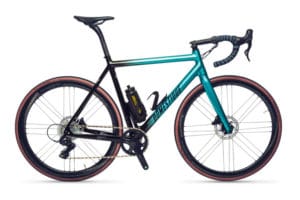 Small and light as never before

With High Performance Systems (HPS), a rather unknown player is once again responsible for the revival of the industry. HPS, with its founder and CEO Harry Gibbings, is certainly not a dark horse. The company already showed a very similar bike in 2016, at that time still under the name Typhoon. At the time, it also supported the UCI in its search for possible motor doping in the racing circuit.

Watt Assist is what HPS calls its self-developed drive. In its simplest version, the entire system weighs around 1.5 kilograms. It includes the motor, battery, minimalist controls and other electronics. There is currently no accompanying display.

Due to its small dimensions, the motor fits into the housing of the bottom bracket and the lower area of the seat tube. From there, an additional tube leads to the down tube. This is where the battery is located. The battery is modelled on a water bottle and is just as easy to attach to the bike as it is to remove. The motor control cables run through the extra tube, which is about 30 centimetres long. 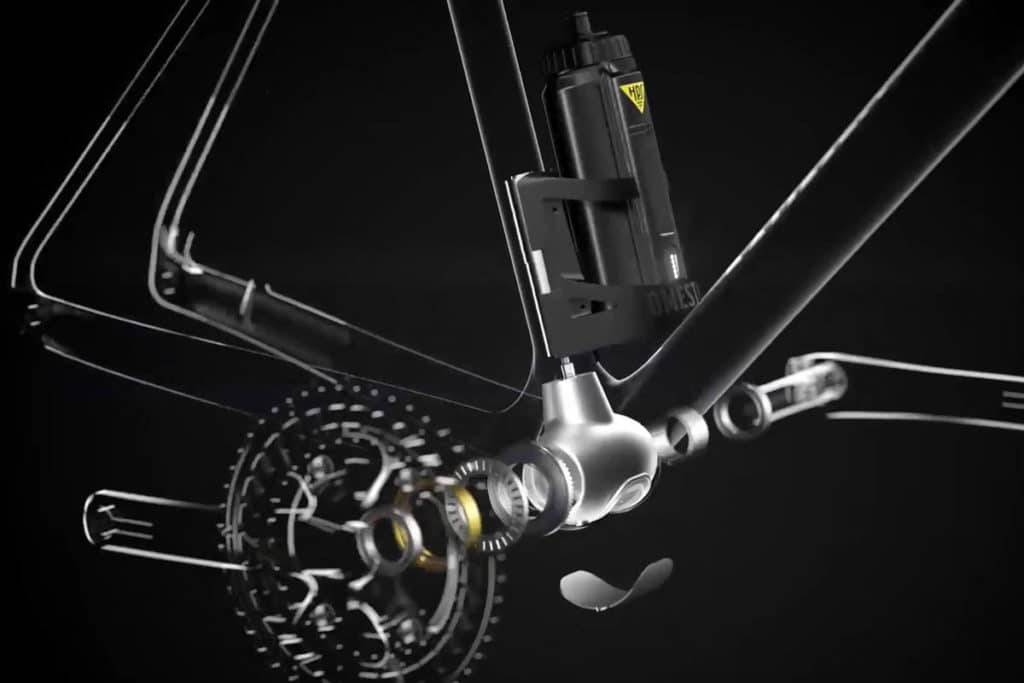 Battery designed in the shape of a drinking bottle

Electricity and muscle power in duet

The motor installed in the HPS Domestique Ekar has a continuous output of about 200 watts. At its peak, this value jumps up to 230 watts for a short time. This is enough for a maximum torque of 20 Newton metres. Yes, that sounds like very little at first. On the one hand, however, the effect is different due to the much lower mass to be accelerated compared to other e-bikes. On the other hand, this is just as intended.

With its e-road bike, HPS has its sights set on experienced cyclists. Contrary to many other trends, commuting as a purpose is explicitly left out here. Rather, the company is thinking of former racing cyclists. To people who realise that their own fitness is no longer sufficient to ride with the previous group. And thanks to the electric support, you don’t lose sight of each other, in the truest sense of the word.

In any case, with this bike you can’t do without your own share. Even in the largest version, the battery provides artificial power for just three hours. After that, the 193 watt hours are used up. The charger is apparently not the fastest. According to HPS, you have to allow two hours for a full charge. So the motto is to use the extra power wisely.

Flying blind without a navigation system

This is even more true when you look at the slimmed-down version. With 85 watt hours, the electric propulsion of this battery is limited to the classic motion picture length of 90 minutes. In return, however, you will only be cycling around with an additional 720 grams – the weight of a full, large drinking bottle. Another advantage: Because of its limited capacity, you can even take this battery with you on flights. This does not apply to the more enduring model. Its weight is 1.2 kilograms by the way.

HPS has designed the operation of the Watt Assist to be comparatively rudimentary. You choose the support level you want to use via two buttons. These are hidden near the right shift and brake lever under the handlebar tape. At first this seems rather confusing. After all, the system offers two different modes, each with several levels. In Peloton mode you have six of them. In Attack mode, this is reduced to three. The leaps in performance are correspondingly larger. However, the spectrum in which you move is identical.

Fortunately, the ANT+ technology integrated by HPS provides the necessary overview. Via this interface, you can easily link your bike to a Garmin, Wahoo or other bike navigator without a single cable. You can then see the current mode on the display. In addition, the manufacturer has announced that in future the level of the remaining battery capacity will also be indicated there.

Those who actually switch from the classic and to this e-road bike will encounter old familiar features. The frame, handmade in Ireland, is made of carbon fibre. The streamlined rims of the wheelset by Campagnolo are also made of carbon. The same applies to the handlebars from Deda. The only thing that might be a little unusual for some is the Ekar groupset from Campagnolo. Designed for gravel use, it has only one chainring with 44 teeth. The 13 sprockets cover the spectrum from 9 to 36 teeth.

Those of you less familiar with road bikes need not click away immediately. As mentioned at the beginning, it is not only the bike itself that is very promising, but above all its drive. Naturally, the manufacturer sees it the same way. That’s why HPS has planned further versions in addition to the Domestique version installed here. The Watt Assist will soon be available in two versions: Gravier for gravel e-bikes and Ville for urban e-bikes. The exact differences to the Domestique are not yet known in detail. At least HPS announces on its homepage that Watt Assist Ville will be equipped with a larger and more powerful motor. This is supposed to provide sufficient power, especially at pedalling frequencies below 80 rpm. Then you can probably take it a little easier. 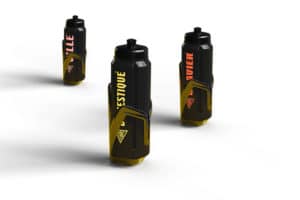 It is not yet possible to predict under which brand corresponding e-bikes will appear on the market. What is certain is that HPS is also a potential OEM. They hold out the prospect of supplying both complete wheels and drive systems ready for integration. 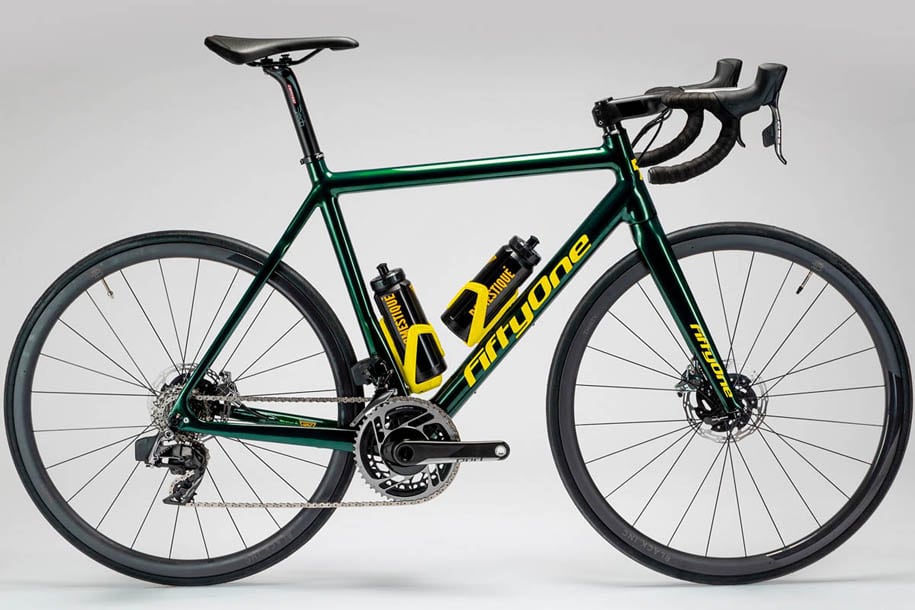 FiftyOne is one of the first applicants of the Watt Assist drive. 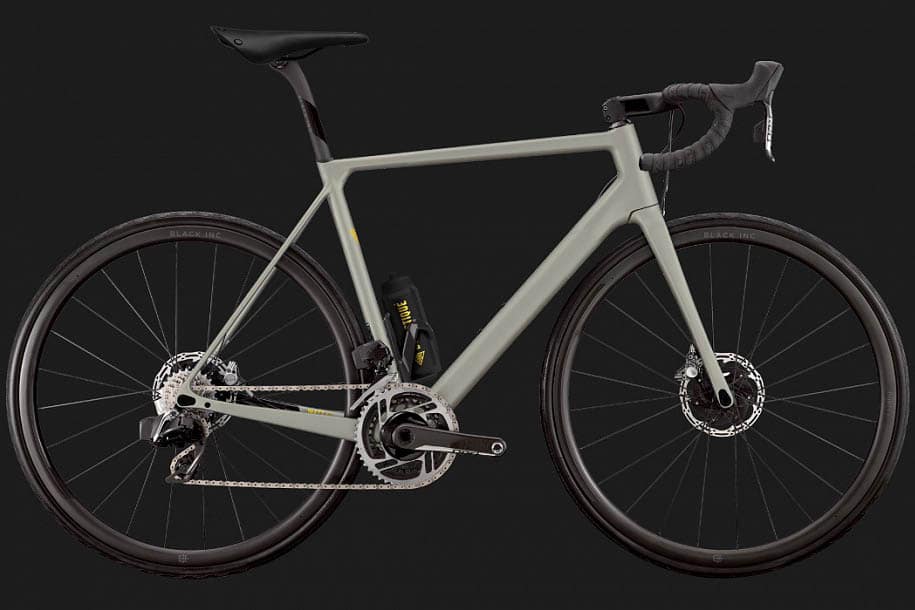 However, HPS could also produce complete wheels itself.

When cycling learns from motorsport

There seems to be enough know-how for both options. After all, someone like Gary Anderson has been tinkering with HPS from the very beginning. For decades he has worked as a designer and chief engineer in the most renowned automobile racing series such as Formula 1 and IndyCar. It is probably because of him that several engineers from the Formula 1 scene have found their way to HPS.

In terms of material testing and manufacturing, the company relies heavily on Europe. The components of Watt Assist and the battery are largely manufactured in Switzerland and Germany. The frame comes from Ireland. Final assembly and quality control take place at the headquarters in Monaco. In the case of the HPS Domestique Ekar presented here, the effort involved is still limited, as the series is limited to 21 units. It is quite possible that in the near future, these numbers will expand into completely different ranges. 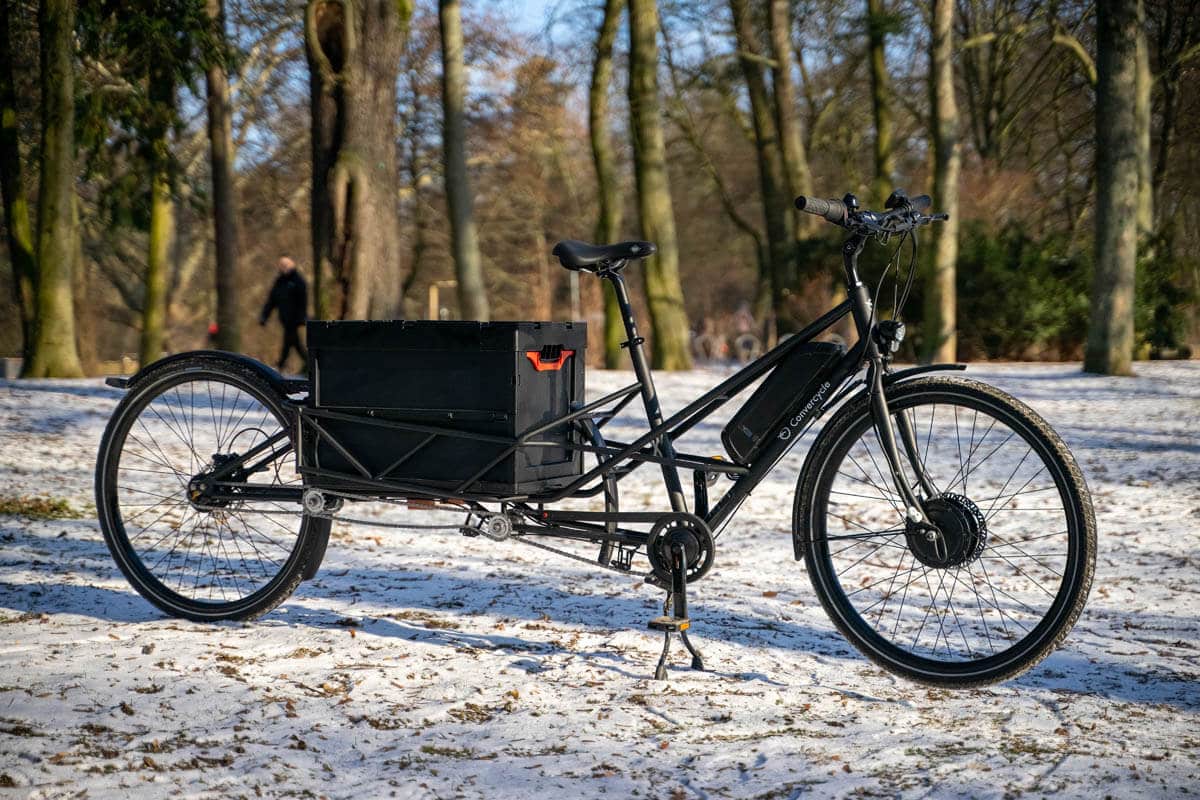 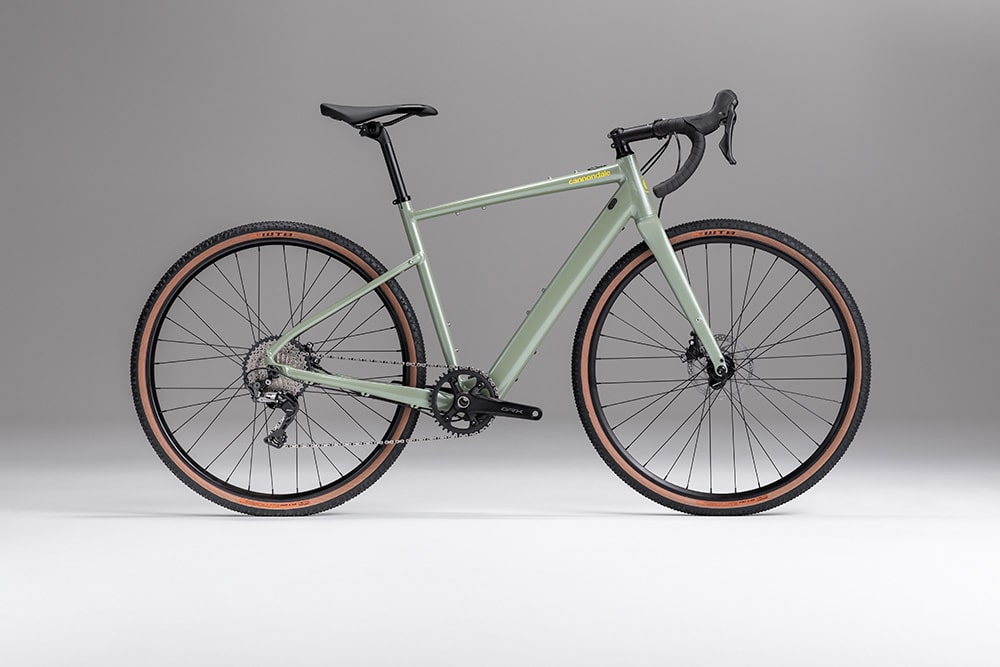 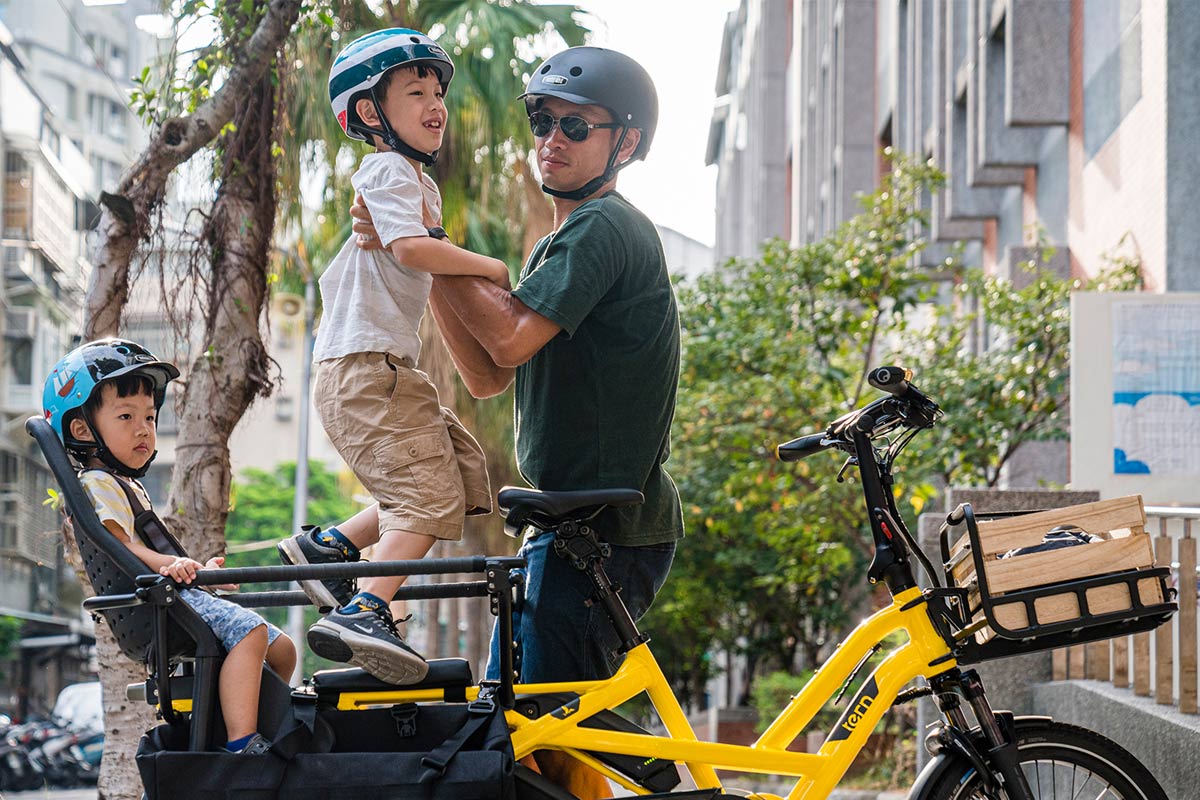