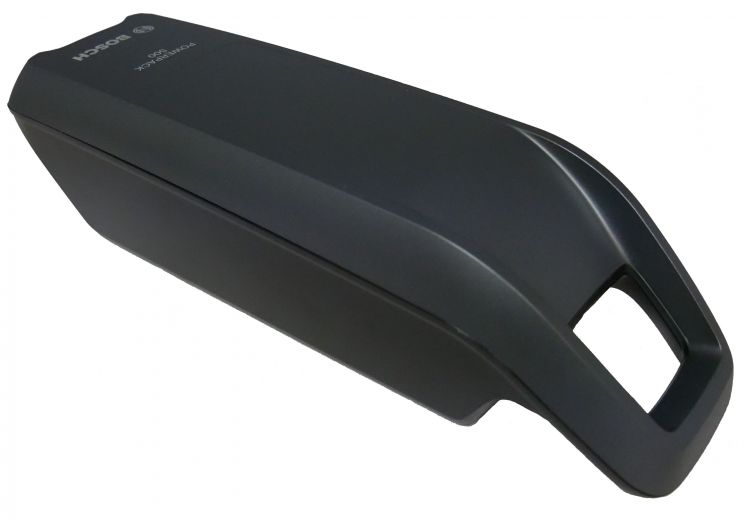 Up to 230 km are possible under ideal conditions depending on the e-bike model, the selected assistance level and other influencing factors.
A realistic range under mixed use of the assistance levels, medium terrain and a total weight (rider & bike) of 90 kg is 90 to 110 km.

Which charger can I use for the Bosch PowerPack 500Wh battery?

The new Bosch batteries are protected against deep discharge, overcharging, overheating and short circuits by the "Electronic Cell Protection (ECP)" and switch off automatically by a protective circuit if there is any danger.

The batteries of the Performance and Active Line have no memory effect and can be charged at any time regardless of their state of charge. The charging time with the standard charger is a maximum of 4.5 hours for the full capacity. The Fast Charger halves the stated charging time.

This Bosch PowerPack 500Wh e-bike battery is not suitable for models with the battery mounted in or on the rear rack.

We only offer new goods, they are not second-hand items.

If you have any questions, do not hesitate to contact us.